SOS for Florida’s wetlands: Time is running out for government action 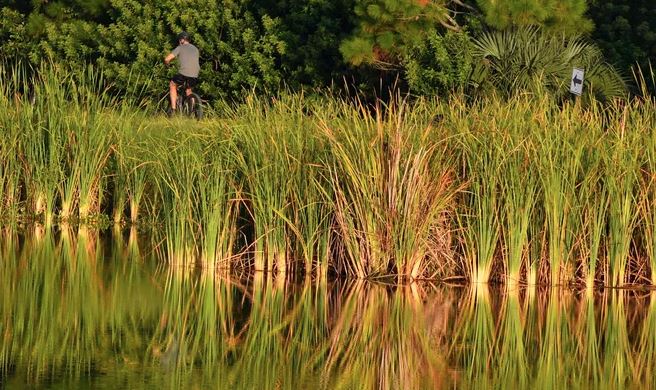 SOS for Florida’s wetlands: Time is running out for government action

Will Florida’s wetland regulations return the Clean Water Act Section 404 permitting program back to the federal government due to the state’s lack of resources, familiarity, or political will to adequately tackle the more than 5,000 permit applications?

“There have been editorials written urging Gov. Ron DeSantis to rescue Florida’s wetlands by returning the Clean Water Act section 404 permitting program to the federal government.

They cite the state’s lack of resources, familiarity, or political will to adequately tackle the more than 5,000 permit applications to destroy, alter or impact wetlands they have received. We agree and urge state and federal leadership to immediately begin the process of returning the program to the Army Corps of Engineers.

The state of Florida is close to deciding on immense and disastrous development projects that will forever change southwest Florida and the fates of our endangered species, wetland flow-ways, drinking water resources, and cherished public lands. Having access to all of our foundational federal laws — which Florida’s program circumnavigates – is absolutely essential at this very moment.

Of the over 5,000 projects received by the Florida Department of Environmental Protection, our region is disproportionately burdened by the state’s flawed wetland permitting program. About one-fifth of the proposed roads, mines, and developments are in southwest Florida. About 580 of the projects are within Collier County alone, where the last remaining core habitat for the endangered Florida panther hangs in the balance.

When vying to take over wetland permitting, Florida only estimated 130 applications a year in southwest Florida; the real-world figures show the state vastly underestimated the number and complexity of the permitting they would be responsible for when awarded the federal program.

Keep in mind these transferred or new applications are the total received by Department of Environmental Protection only within the last year and a half. If Florida’s program continues to languish without intervention, the state may continue to allow some developers to move forward without adequate mitigation for wetland impacts (and some will get a free pass to avoid the regulatory process completely), as Florida continues to use a less-protective standard for identifying federal wetlands.

Absent from the state program are essential federal protections and processes like the Endangered Species Act and National Environmental Policy Act, at a time when just six proposed projects in Lee and Collier counties would destroy over 8,000 acres of essential habitat necessary for the continued survival of the Florida panther. These projects would also impact nearly 1,000 acres of irreplaceable wetlands that are critical for water quality, flood control, and habitat for wildlife.

The Rural Lands West project  never received the green light with the Army Corps of Engineers, despite permitting attempts over the last decade. This project, and its companion called Bellmar, will form a new massive development over six miles long and two miles wide. These eastern Collier County developments are within a flow-way and panther corridor, and next door to the Florida Panther National Wildlife Refuge (the most densely-inhabited lands for the endangered Florida panther).

More than 19,000 new residents would add massive traffic flows onto roadways that are already deadly for the panther. Just a few miles away, located at hotspot for Florida panther roadkill, Immokalee Road Rural Village is also under review by the Department of Environmental Protection.

When several projects were previously applying with the federal Army Corps of Engineers, that agency determined a rigorous study of impacts to wetlands, drinking water, listed species, and public safety was necessary before moving forward. Now that the projects are being decided by the Department of Environmental Protection, the federal National Environmental Policy Act reviews are no longer required.

Based on our understanding of these projects, they would add about 65,400 residents to rural and sensitive lands. That’s the equivalent of two villages of Estero or three cities of Naples in the heart of our drinking water recharge areas, our wetland floodplains, and our biodiversity hotspots.

The distress call has been rung about Florida’s wetland permitting program. It is time for action to protect our critical watersheds and save our swamps.”